The most effective way to have high visibility for your company is to take up corporate packages and you can give the tickets to your loyal clients, business partners, colleagues and team.

Initiatives such as this raise awareness of ‘Sydney in the Asian 21st Century’, a key priority of the Committee. The week’s activities will help to build ties between Australian and Chinese business sectors through a series of high profile events. Strengthening these ties is key to the future prosperity of Sydney as Australia’s gateway to Asia and the rest of the world.”  More

“Entering its sixth year, Australia-China Business Week (ACBW 2013), continues to create a unique platform for Australian businesses especially SMEs who are seeking a path to success in China, as well as Chinese entrepreneurs wishing to engage directly with their counterparts in Australia.

ACBW 2013 helps companies to define effective entry and expansion strategies in China through a solid knowledge of government policies, the business landscape and the latest economic outlook”.  More

Sponsored by NAB and following successful Forums this year in Shanghai and Melbourne Australia China BusinessWeek will be presented on Wednesday 28th August at the Sheraton on the Park.

ACBW 2013 includes a series of high profile events and with over thirty speakers including China experts, Industry leaders with case studies keynote forums and panel discussions.

Representatives from both the NSW and Chinese Governments including the Premier and Deputy Premier of NSW and the Consul General of People’s Republic of China will present keynote address at the ACBW 2013 Luncheon & Forum.

A Mandarin-language ACBW China Day Forum – designed for local and inbound Chinese companies and investors looking for partners and projects in Australia; China Economic Outlook  – breakfast briefing by panel of economists from Australia and Asia focussing on trends, challenges and opportunities for SME’S who are China-active “. More 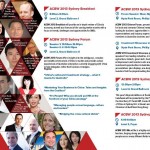 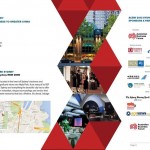 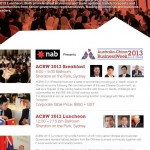 Australia China Business Week is now coming to Sydney on 28 August 2013. And we have a great line up of speakers and great networking opportunities for Australian and Chinese business leaders, government and investors.

See the video of the recent Melbourne ACBW event in June 2013.