Woman on boards in the Asian Century

It is now 2016! I have lived in this beautiful country for 40 years. Turning back the clock when I first landed on Australian soil in 1976 with an unknown future and navigating life’s challenges through many ups and downs, I have seen many changes over the past decades.

I am now entering the “Golden”phase of my life in an “Asian Century” in Australia. How exciting!

If only my mum and dad were alive today to see how their little girl whom they called “Plum Blossom” has flourished in this land of golden opportunities!

After a career of over thirty years in the government and private sector, I now run my own international consulting business linking Australian businesses to Asia and China, and vice versa. And with great satisfaction and fulfilment.

Although I was the first Asian woman to be awarded the Fellow status in the Australian Institute of Company Directors (AICD), hence the postnominals FAICD after my name which I display with great pride,  it was not only in recent years that I  also decide to pursue a career on Boards.

I joined Women on Boards and I joined the AICD, and my name has got around in the headhunters’s books via good mentors and sponsors. However, all my board directors roles came from direct approach from business circles and networks.

The AICD reports that

I still don’t understand why everyone is so hung up on having board roles on the ASX, as if that is the top prize job. I am not on one yet, so obviously would welcome a first opportunity.

There is also the debate on quotas on boards to have women. I would hate to see women being appointed just to add gender diversity. Every woman like to know that they are valued for their expertise and skills that they bring to the boards.

In the last year I have been approached for board roles by some very smart and innovative companies, not quite the ASX listed companies but companies that are going to go places, making a difference and will create hundreds of jobs for Australia. My role is mainly to help with raising awareness of their companies in Asia, capital raising, connecting with strategic partners, attracting Asian investors and partnerships and stakeholder and investor relations.

Where is Australia’s place in Asia with regard to women on boards in the Asian Century?

I was recently asked by a top executive search company, asking me where are all the Asia talent for top executive and board jobs? Why is it so hard to find them?

Search firms that use old traditional techniques recycling their database, are not going to get new fresh perspectives or additions to their data pool.

I am very pleased to be a Company Director on all these companies, and making a difference with Asia strategies, Asia relations, and adding diversity on boards.  Some of these companies are aiming for ASX listing in the future. It would be an extremely rewarding achievement to be part of that journey. 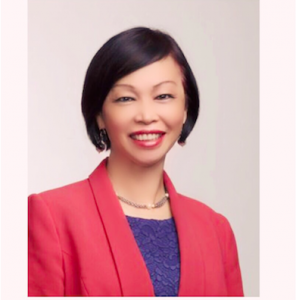