Posted By : Caroline Hong
Comments : Off

It was a great pleasure and honour to be amongst the VIP guests each year at the Ethnic Business Awards Dinner event. The 2018 Ethnic Business Awards was held on 18 November 2018, at the Hilton Hotel in Sydney, attended by over 400 guests and Finalists. I was pleased to attend in my role as Adviser to the EBA founder, Joseph Assaff AM.

This the story of the Ethnic Business Awards:

OUR STORY – What are the Ethnic Business Awards?

Founded in 1988 by Joseph Assaf AM, the Ethnic Business Awards are Australia’s longest running national business awards program, celebrating diversity and multiculturalism, and the achievements of migrants, who come to Australia with a “suitcase full of dreams”; and whose creation of new jobs, wealth and ideas, have contributed to cementing the harmony of multicultural Australia. Their ingenious and enterprising characters contribute greatly to the country’s business and social landscape, and it is the goal of the Ethnic Business Awards to celebrate their journey.

Being a migrant himself, Assaf, a Lebanese born Australian, who has been dubbed the “father of multiculturalism” in Australia, launched the awards program with an aim to “recognise and reward the contributions of migrants to the Australian economy.”

In 2010, the “Indigenous in Business” category was created to recognise the “descendants of those first Australians – the traditional owners of the land.”

In 2013, the Ethnic Business Awards celebrated 25 years of honouring the success and contribution of migrants to Australia’s business and social landscape, by reconnecting with the winners and finalists of the past 24 years through a special “where are they now?” project.

Over the last 30 years, nominations for the Awards have come from more than 100 countries of origin and covered every state and/or territory in Australia.

Since 1988, we have had over 20,000 nominations, resulting in 178 Finalists and 85 Winners and a strong and ever expanding EBA family network.

The annually held Ethnic Business Awards are televised nationally to every State and Territory across Australia, and are the country’s longest running business award on television.

Congratulations to all the Finalists and Winners!

The event highlights can be viewed on Ethnic Business Awards Winners SBS on Demand on this link. 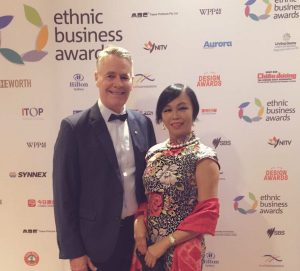 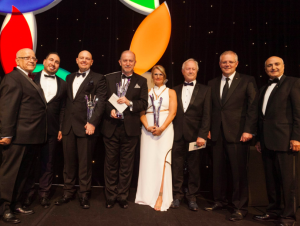