A glimpse of Fuzhou & Pingtan in Fujian Province, China.

Fujian Province has 37 Million people and is located in the South East Coast of mainland China.

On 26 June 2015, I was invited to attend the conference of the Australia China Economics, Trade & Culture Association (ACETCA) in Fuzhou. Fuzhou is one of the largest cities in Fujian Province with a population of 7 Million people, more people than in Sydney, where I live.

It was my first visit to Fuzhou and Pingtan Island. It was a memorable and a new experience. I have been travelling to China since 1987. My first visit was when I travelled on an Australian Diplomat passport, as part of a South Australian government dental health delegation invited by the Shandong government. Since that visit, and in the last three decades I have seen changes happened in many parts of China. It is now Fuzhou’s turn. It is going through an exciting phase of rapid development and progress. 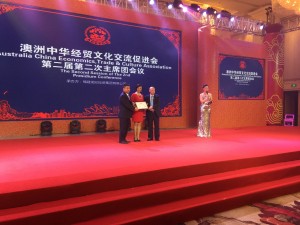 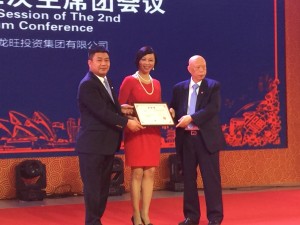 I admire Mr Shuihe Xue ‘s words of compassion “Be compassionate. Be a happy giver. Do whatever in power to build it into a platform for charity.”

I am grateful to Executive Chairman Mr Amen Lee OAM, who nominated me for Honorary Membership of ACETCA. Mr Lee has been very active in supporting NGO projects both in the Chinese and mainstream Australian community and believes that businesses should actively be involved in charity and support the community. He has demonstrated that in many NGO and cultural projects that he supports in Australia. 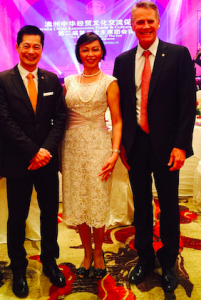 The event was attended by many prominent successful business and community leaders in the Chinese and Australian community. In addition to the Honorary Chairmen, Board Chairmen, Deputy Chairmen, Advisers and Members, were Hon Andrew Stoner, former NSW Deputy Premier, Minister for Trade & Investment, Minister for Regional Services & Infrastructure. Mr Mark Coure MP, Member for Oatley and Mr Jonathan O’Dea MP, Member for Davidson.

I feel so proud to see Hon Andrew Stoner conferred as the Patron of ACETCA at the conference in Fuzhou. 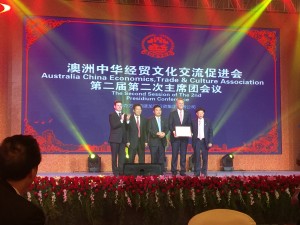 The conference event was hosted by ACETCA Honorary Chairman Mr ShuiHua Xue. We enjoyed an amazing culinary and cultural Chinese Fujian experience at the Sheraton Fuzhou. What really moved me was his generous donation of 500,000 RMB that he presented to a charity at the conference towards education for an underprivileged school. Mr Xue is a successful real estate developer, and as his business developed, he increasingly focussed on a variety of charitable projects.

“We need to work together with the devoted hearts to charity. We need to grow the seeds of Chinese values and spread them overseas.” These are the wise philanthropic words of Mr Shuihua Xue.

The Australia China Economics, Trade & Culture Association (ACETCA) was founded in 2011 by Mr Fai Yuen Lam. ACETCA is an association initiated by Chinese in Australia in accordance with the mission statement of the association. It is a government registered non-profit trade and culture community entity. The main location of the association is in Harbour Plaza in Sydney, with branches in Beijing, Fuzhou, Guangzhou, Hong Kong and Macau.

The mission of ACETCA include:

I was most impressed with the cultural history we saw in the Three Lanes and Seven Alleys in the heart of Fuzhou.

We also enjoyed viewing the massive commercial development and the cultural charity project in Fuzhou. Fuzhou is  modernising very quickly in infrastructure and services.

After the ACETCA conference, some of us were given a guided tour of Pingtan Island, located 128 Km from the center of Fuzhou, in the eastern coastal region of Fujian Province.

We were met and hosted by the Directors from the Foreign Affairs Office of Fujian Province and also of the Pingtan Pilot Zone.

It was a humbling experience to witness the pace and scale of development happening in both Fuzhou and in Pingtan Island.

Some of these facts about Pingtan are worth noting: 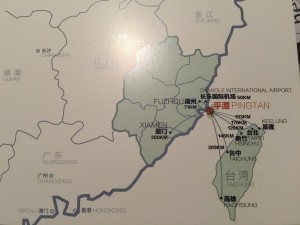 On 1 November 2014, President Xi Jing Ping visited Pingtan and established that “Pingtan is the window of Fujian – Taiwan cooperation as well as China’s opening up”.
On 12 December 2014, the State Council decided to establish China (fujian) Pilot Free Trade Zone.
On 28 December 2014, the National People’s Congress of China (Fujian) defined the areas of the Pilot Free Trade Zone to comprise of Pingtan, Fuzhou and Xiamen.
On 21 April 2015, the Pingtan Area of China (Fujian) Pilot Free Trade Zone was launched.
Given the rapid sequence of decisions and events about Fujian, it was not a surprise to see an incredible pace of development and priority government support happening in Fuzhou and in Pingtan Island.

Much has been publicised about China’s Pilot Free Trade Zones.

In addition to the Shanghai Pilot Free Trade Zone, China has established three others, in Guangdong, Tianjin and in Fujian.

The Fujian Free Trade Zone covers an area of 118.04 square kilometres, comprising of:

* Investment and Trade Liberalization between China and Taiwan 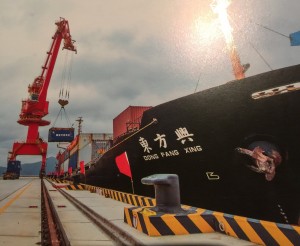 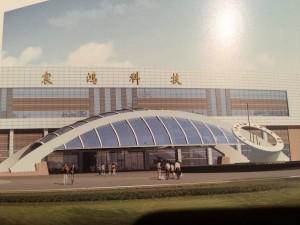 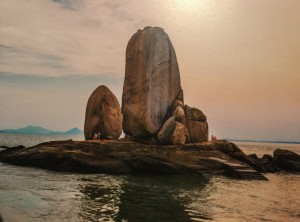 The mood of the people in Fuzhou and Pingtan appear very positive and optimistic.

It was a humbling experience to see many Chinese Australians from ACETCA, actively participating in the development and investing in the opportunities in the Fujian Free Trade Zone. Some of these people’s history and ancestry orginated from Fujian.

The more I learn about China during this visit, the more I begin to realise that I need to know about the origins of the Chinese living and working in Australia. They have so many stories to share, and we have many lessons to learn from these people.

Australia is lucky to have some of the most brilliant business and community Chinese migrants strengthening the ties between Australia and China through associations such as ACETCA.

“Passionate about being the difference to make a difference”