China’s Tourism – What does it mean for Australia?

“Nearly one in ten international tourists worldwide is now Chinese, with 97.3m outward-bound journeys from the country last year, of which around half were for leisure”

I first visited China, as part of a healthcare delegation representing South Australia to Shandong Province, visiting cities including  Jinan, Qingtao and Qufu to view their dental healthcare system. We travelled via Hong Kong to Beijing and back via Shanghai cities.  When I was in Beijing in 1987,  I was surprised to find myself virtually alone with our small delegation in the Forbidden City with only a small handful of foreign tourists and virtually no locals. There were no foreigners in Jinan, Qingtao and Qufu then.

Back then, Chinese people couldn’t afford to travel even within their own country and, in any case, travelling domestically was discouraged and in some cases even prohibited. How much has changed!

The local tourism sector in China has increased at a steady rate of 10% per annum since then and now there over 2.5 million local domestic tourists and approximately 129 million visiting foreigners.
China’s Tourism sector is already experiencing the benefits to employment, consumption and the economy from a thriving domestic tourist sector but it has to make a dramatic leap to cope with the expected ‘tsunami’ of foreign tourists expected to flood into China in the next few years. According to the World Tourism Organisation, there will be an annual increase of 43 million foreign tourists visiting China over the next 20 years, with a total of 1.8 billion by 2030! These numbers are staggering even by Chinese standards!
In order to rapidly build and develop its local tourism sector to cope with future demand, China will be paying close to attention to the experience of their own people when travelling overseas.
According to the Economist “nearly one in ten international tourists worldwide is now Chinese, with 97.3m outward-bound journeys from the country last year, of which around half were for leisure”.
Australia is experiencing a strong increase in the number of Chinese tourists and this is highlighting some of the shortcomings in our own tourist sector which is having to adjust to the cross-cultural challenges of dealing with mainland Chinese tourists.
Australia’s world-class reputation as an iconic tourism destination provides unique opportunities for Australian tourism operators and service providers to export their capabilities, products and services in IT operations, customer service and engagement, logistics, systems and product offerings to China.
With over 1300 operating travel agencies in China, there is considerable scope for joint ventures, alliances and partnerships. Since China’s opening up in the 1970s, China’s growth as a tourism market has been phenomenal, now the third most visited country in the world.
Australia’s tourism expertise and capabilities can play a dominant role in the successful and sustainable development of China’s tourism industry on a global scale.
There are many opportunities to drive the economy and drive job creations arising from tourism and major events. We are seeing the NSW 2014-2015 budget positioning trade, tourism, major events and small business for growth. NSW Deputy Premier, Minister for Tourism and Major Events, and Minister for Small Business, Hon Andrew Stoner MP, says

“In addition, the NSW Government will introduce a new $110 million Regional Tourism Infrastructure Fund, through Restart NSW, to deliver infrastructure works that facilitate regional tourism growth in NSW and increase the economic competitiveness of the State.

Soo, what does this mean for Australia?
I  see a golden opportunity to seize commercial tourism opportunities to partner strategically with  Asia and China, to open up new tourist experiences for premium luxury travellers. As Chinese tourists flock to Australia, they are also taking back with them new experiences that they know would and could appeal to Australian and other overseas tourists markets.
There is much to learn from each other. Like the Ying and the Yang, the “software” goes hand in hand with the “hardware”, both of which makes tourism, a key driver for the creation of jobs and very important for the national economic growth. 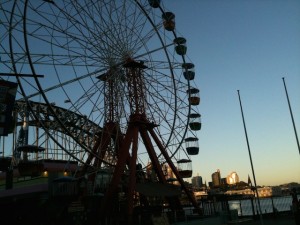